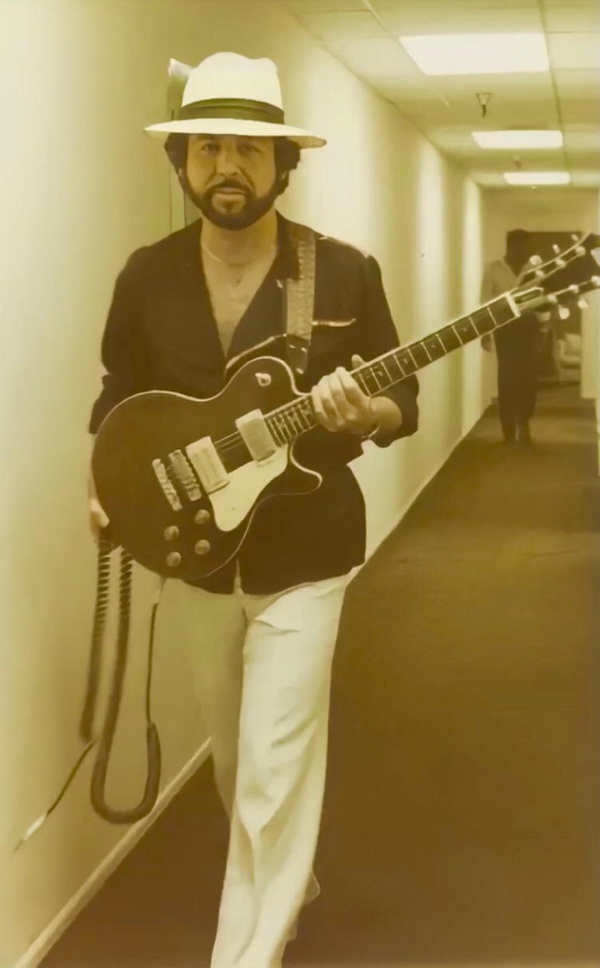 The East Los Angeles College Foundation in coordination with the Salas family (David Salas, Rita Daruvala, Steve Salas, Robert Salas, Richard Salas and Martha Salas) have come together to establish the Rudy & Steve Salas scholarship fund. This scholarship is intended for students who are focused on music and its importance to the community.

Rudy Salas co-founded the super group Tierra with his brother Steve in 1972. Rudy, Steve and bandmates Joey Guerra, Andre Baeza, Phil Madayag, Steve Falomir, Bobby Navarrete, Bobby Loya and Mike Jimenez pioneered a sound that blended R&B, Latin, Rock and Jazz into unique, smooth, and soulful albums that propelled them to the top of the Billboard charts in 1980’s with the hit songs “Together”, “Gonna Find Her”, “Memories”, “La La Means I Love You” and Hidden Tears".

Tierra has the distinction of being the first Latin / American band to have impacted four national charts with two songs simultaneously charting in the Billboard Top 100. They have performed in prestigious venues and shows such as Carnegie Hall, The American Music Awards, American Bandstand, The Dorothy Chandler Pavilion and have toured internationally as well.

Rudy Salas was born on January 5, 1949, in Lincoln Heights to Mexican American parents Rudy Sr. and Margaret Salas. Although Rudy and Steve were not fluent in Spanish as children, they eventually picked up on Mexican folk ballads from their mother, and Rudy learned his first guitar chords from his uncle Art Brambila. The Salas brothers eventually began to hone their craft by performing at fiestas, local parties and church events in and around Lincoln Heights and East Los Angeles.

The early music of Tierra was highly influenced by the growing Civil Rights and Chicano Rights movements. Their debut album in 1973 reflected the sounds of a community amidst a wave of political and social consciousness. The brothers’ commitment to causes within the community led to Tierra performances in hundreds of charitable events through the past five decades. At the twilight of his career, Rudy dedicated his life to producing and cultivating younger artists at Studio 2425 in Monterey Park which he shared with his son David Salas for almost 20 years. The Salas family intends to carry Rudy’s work by cultivating new artists and serving the community through music. Rudy Salas passed away at age 71 due to Covid-19. The Salas family is honored to keep his legacy alive with the help of East Los Angeles College by giving this scholarship.

Your ticket for the: The Rudy & Steve Salas Scholarship for Music